Following Your Dream with Joselyn Martinez

Joselyn Martinez is a NYC born and raised Actress, Singer and Model who was part of an all Latin Pop group and a member of SAG/AFTRA.

When did you fall in love with performing?

I think I was in Santa Fe, Bolivia when it hit me that I was on stage singing. At one point I turned around and saw the musicians playing live and the tambora player was smiling. They were nice to us because they knew we had not been on stage before and we had thousands of people in front of us.

How do you define creativity?

We are all creative. We create each other. It’s difficult to define creativity. I’m still trying to figure it out.

What does a typical day for you look like?

My cat meows at my door really early in the morning for food. I feed him and then go back to bed. He’s an early riser but I am not. Sometimes I meditate or just think about meditating. I’ll probably scroll through Twitter or Facebook to get updates on news, weather or just read really funny stuff. I know some people might think it’s weird but the front pages of our newspapers don’t exactly help me get up in the morning. Neither does turning on TV.

I have very slow mornings. I need to wake up into the day so I write in my journal with what is referred to as the “morning pages,” by Julia Cameron in The Artist’s Way. If I have a casting then I start preparing. I also love vocalizing. It’s like exercise and like exercise, we have to make an effort to be consistent. Once I do it, I feel so much better.

I have to eat first thing in the morning and I like silence. I make scrambled eggs and enjoy my coffee, which I haven’t been able to quit. I also go to the gym as much as I can. If the casting is early then I’ll vocalize in the evening. If it’s an afternoon casting then I will vocalize at around 11am or so. I also go to the gym but my schedule depends on any castings that I’m auditioning for. In this line of work, there is no typical routine, unless you’re one of those people that wakes up at 5am without having to.

I look through emails and respond to any casting submissions. My email is always on. I’ll respond to an email even when I’m out and about. Castings come at all times so I always have to be ready. Sometimes an agent will email me at 6pm for a casting on the following day. When that happens, I drop everything to prepare. If there are sides to learn, then I go home to practice them. I’ll also try to meet with a coach.

When I get a call for a job, it can be as soon as the next day. That’s a priority so my schedule changes. It might also involve getting up at 5am. On the day of a booking though, I just focus on the job. It’s funny how the actual work day is the easiest day. I don’t go to the gym, and don’t plan anything before or after.

I’m always attending some type of class, whether it’s an acting class, Bikram Yoga, Krav Maga or Belly Dancing. After a casting, I get to work on my craft! Living in NYC is great. I love taking part of events and networking parties. Lately, a bulk of the time goes into working towards creating my musical project. It could be anything from researching about the music business, learning about social media and cultivating my brand.

How long have you been a actress, singer, model?

My whole life! Professionally speaking, approximately fifteen years with the first eight or so just going along with the flow and not pursuing it.

If you weren’t performing what would your occupation be?

How did you take your leap of faith into entertainment? What was the journey like?

I was a Pre Law Student majoring in Political Science and Latin American Studies at NYU’s College of Arts and Science when I was offered the chance to be in a Latin all girl music band. This was hard for me because it was half way through my college studies and I worked really hard to make it to the college I wanted to attend. Attending NYU was a dream itself. How could I take off and join a band without knowing what the outcome would be? Then I remembered a day in High School when my philosophy teacher asked us to write what we would do if there were no obstacles. I wrote singer, actress and model. My teacher mentioned Nietzsche and how he told us to be the “Superman,” and follow our truest desires (though I think Nietzsche hated women).

I also thought all the way back to elementary school when my best friend asked why not become a singer. I was nine. I remember thinking how bizarre it was of her to ask me that. Having all of those thoughts going around in my head I decided to give this a try and see where it would take me. NYU gave me the leave of absence I needed and so I took a year off to pursue my music career. Eventually I went back to college and finished my degree. This experienced showed me that it was possible to accomplish many things, I just needed to find a way.

I got my first taste of performance on stage, met great people and still got my degree. After the experience with the band, I met with a talent manager and she told me to get headshots so that I could attend castings. It took a while but I got my headshots. In between classes, I attended casting calls. I booked my first national commercial and decided to pursue acting classes.

Watching the film “Selena” was an turning point for me. I was on the subway with a friend and she encouraged me to follow my real dream. Selena was a true inspiration and I realizing that with work and dedication, my dream was also possible.

By my senior year in college, I knew I would continue to pursue a career in the performing arts. I choose not to attend Law School. Besides, law school was like, number ten on the Superman list!

What has been your biggest challenge in life and work?

My biggest challenge in life was when I lost my father. I was nine and his life was cut short with gun violence. I had seen the American dream him and my mother created shattered. It showed me that nothing is safe or secure.

In work, I realized that I had more power in my creativity and carrying out projects than I thought I had. I didn’t need to ask anyone permission to pursue my dream. Also, getting taken seriously by some that think you are looking for a date makes it challenge for me. Yeah I said it!

How do you overcome, or try to overcome these challenges?

I cope with it, live with it and sometimes even laugh at the absurdity of it. Every person has their own journey and everything that happens to us is part of our unique path. Like a movie, we’re all characters. The challenges that are placed in front of us are there to teach us a lesson, one that we can learn and rise above. I have no choice but to believe that.

What has been your most prized accomplishment?

Attending NYU because I was the first of my immediate family to attend college. I was scared to death of not getting accepted. I’d wanted to go there ever since watching the Cosby Show kids.

What is your most favorite quote?

“We must use whatever methods we can to understand the moment of the Universe around us and time our actions so that we are not fighting the currents but moving with them.” – Memoirs of a Geisha by Arthur Golden

How would you describe your lifestyle to classroom full of impressionable kids during your Career Day presentation?

I have taken part of Career Day in a school for High School kids. I always tell them how important it was for me to go to school and all they ask me is to sing. So I do and it’s great!

Clothing? Eclectic, urban elegant. I love heels with jeans and a white tee full of accessories. I like matching styles that seem like they do not go together like a dress and boots.

If you could go back to your 9 year old self, what would you tell her?

Life has thrown you one of the biggest challenges you will ever experience this year. This doesn’t take away from you. Neither does it make you less capable. You will accomplish everything you set out to do in this lifetime.

If you could change one thing about yourself, what would it be?

The over-analytical mind. It really isn’t as useful as you would think.

What 3 words best describe you?

From Catalyst to Metamorphosis
August 16, 2018

21 Takeaways from Binge Watching a Telenovela on Netflix
February 24, 2017

What I’ve Learned During this Moon in Pisces Cycle
September 16, 2016

Why Having a Great Day Often Scares Me
September 6, 2016 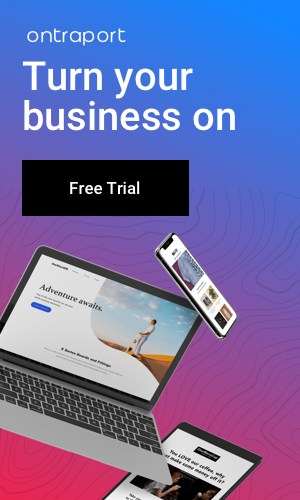